Get It How You Live

by The Royal Krunk Jazz Orkestra 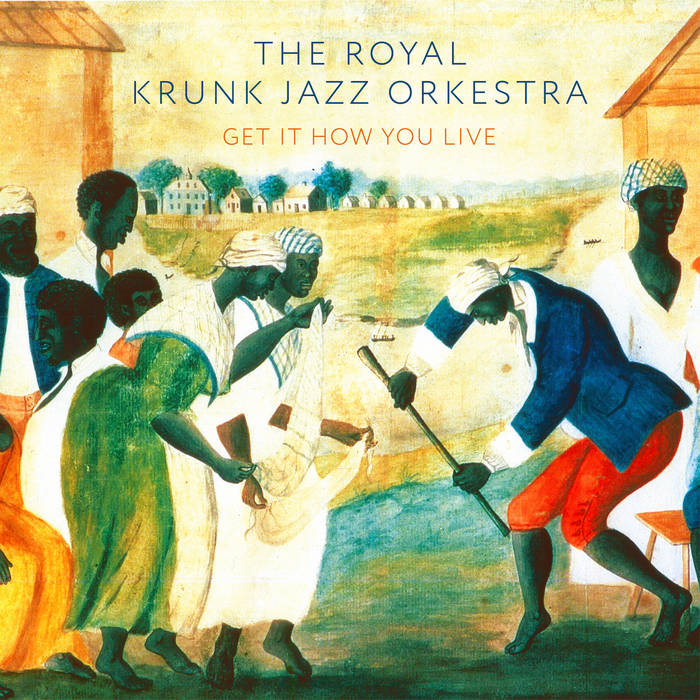 A simple search on the internet for Russell Gunn will yield little result, an unusual occurrence in these days of ubiquitous information. And this is a clue into the man; soft spoken, laid back, happy to reside just outside the spotlight as he immerses himself in a wide variety of musical projects.

Russell Gunn was raised in East St. Louis, Illinois. The relative distance of the city from other scenes meant that Russell was exposed to new music only when a scene gained national exposure. This broad input informed his playing and composing, and led to his understanding of the full context of a genre. He holds the tradition and an understanding of history in high regard, and counts himself as fortunate to grow up in a time when he could learn from the greats.

‘If you don’t wanna learn Charlie Parker’s language, that’s your business. But you’re missing a foundation piece – it’s like building a house starting on the second floor. It’s all about language, and if don’t have a grasp of the language you are limiting yourself’

Russell Gunn’s schedule speaks of the breadth of his interest – recently he completed a residency at Columbia College in Chicago, spending time teaching, performing, and consulting with students. Then it was off to Belgium to produce an album, then out on the road with Marcus Miller. His credits speak of the same breadth, recording or touring with the likes of Maxwell, Lou Reed, Cee Lo and many more.

Russell Gunn’s new project is The Royal Krunk Jazz Orkestra. A big band based in his current home of Atlanta Georgia, RKJO is a natural mashup of the traditional Jazz Big Band, with Rhythm & Blues and Southern Hip-Hop sensibility. The band played live weekly for over a year, with Gunn providing the vision and inspiration for the band to embrace and follow willingly. Once the natural language was fully mature, they headed into the studio to record Get It How You Live, their debut album set for release in summer 2018.

The album is big, with all the swagger and power that you’d expect. It leads off with a speaker introducing the band and setting the stage, and once you’re in your chair you have to jump up as the horn section sets the groove with Theo Croker in the front. But that’s just the start – concise and delicate moments are interspersed with guest vocalists Dionne Farris and Dashill Smith. Get It How You Live is easy to listen to, and each time it reveals yet another level of craft – truly a reflection of Russell Gunn’s intent.

Bandcamp Daily  your guide to the world of Bandcamp

Serena Cherry debuts her black metal project, plus a Pick from the Crypt block from Svalbard